In the evening Ariel and I went to the work Christmas Party (the actual reason for being here). It was at a French restaurant south of Denver and it was a fun night. Ariel was able to experience a “fancy” restaurant and found that she enjoyed more of the food than she thought she might.
At the work Christmas parties it is a tradition to give a prize for the silliest thing a staff member has done during the year. In the US this is called the “Kangaroo Tail Award”. Last year David “won” the prize for calling his boss on the morning of our arrival at what he thought was 9:15am. Actually the time difference was 2 hours the other way and it was 5:15 am in Denver.! Oops.
This year’s prize was awarded to a staff member that had organised to go to the airport with another member and arranged to meet them about half an hour away to save doubling the travelling time. About 20 minutes down the road, he suddenly realised he didn’t have his passport and had to return to his home, thereby removing every benefit of meeting the others! A worthy winner. Who won? David. Again. 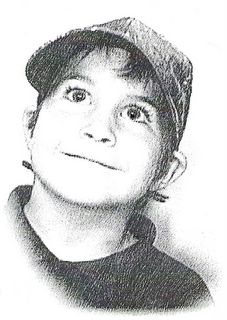