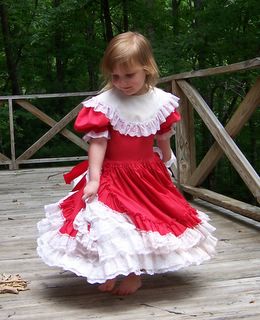 US banks are quite different to Australian banks.


In Australia we have four major banks and a few smaller ones. They all operate on a branch system, whereby you can go almost anywhere in the country and access your funds. Internet banking is well advanced – to the point that you can pay anyone with a bank account via the internet with no human interference. Checks (cheques) are extremely rare and costly. Most people now use cash, credit card, debit card (known as EFTPOS), BPAY (electronic bill payments) or direct bank transfers. I had to ask the local bank tellers to go through the routine of writing a check the US way as it had been such a long time since we had written cheques.
However, whilst the electronic services are very good, the personal service is lousy.

In the US, banks are amazing. In our smal town, we have about 5 banks, some with multiple branches. Upon entering the main doors, you are confronted with a person who greets all comers and the tellers (two or three). Managers or bank officers are normally pretty available, there is coffee, refreshments (and a warm fire in winter) as well as the TV and some local papers and reading to keep you occupied if you need to wait. Some days they provide free popcorn, or breakfast, and there are lollies (candy) for the children. You can see right into the safe from the teller’s bench and there are no guards or bars to be seen. It’s like being in a fancy house, rather than a bank. 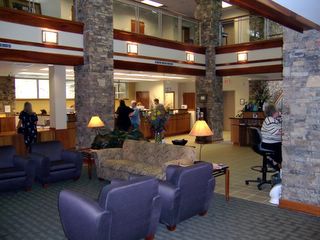 Inside one of the local banks

All these banks also compete for business. This is unlike the main Australian Banks which couldn’t care less about the small customer and compete to charge the most fees in a complex way as possible. ANZ does not even publish the local branch phone numbers anywhere. Customers must call the central office who will then arrange an appointment at the local branch. The central office is in Melbourne, about 800 km (500 miles) from our local branch in Moss Vale, NSW.

Each bank here has “Customer Appreciation Days”. Everyone in town (customers or not) get to come along, listen to music, eat food, free soft drinks, snow cones (shaved ice), cotton candy (fairy floss), give-aways (if it doesn’t move it has the bank’s name on it), popcorn, and a free raffle. Also, the bank had Rock Climbing for the children. Can any of our Australian readers imagine an Australian bank having a “Customer Appreciation Day”?

Banks also charge differently. In Australia you are typically charged for any teller transactions, and if you exceed a certain number of electronic ones. Each cheque you write you can be charged a tax of between 80 cents and $2.00 as well as a bank fee for the privilege. Meanwhile, here checks are written for anything from shopping to video hire. One of our friends mentioned that the smallest check they had written was 27 cents!
at 8/31/2004 12:58:00 pm No comments:

There is a current program of minting a unique quarter for each state. These are being released over a number of years and so Lana and her parents have decided to collect them. After three months, they both had almost all the coins that have been released to date. Lana and her Mum went into the bank and asked whether the tellers had any of the missing ones in their coin trays. When Lana’s Mum mentioned they were departing in a few days, the tellers all went through not only their coin trays but also about 8 - 10 rolls of coins. Now that is customer service! (Mum got the missing coins.) 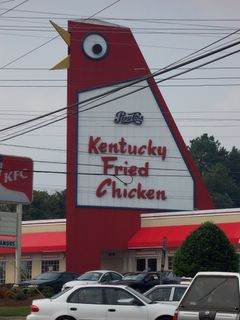 The Big Chicken - now you know where you are!

In Marrietta (a Northern suburb of Atlanta) the most noted landmark by which any directions are given is “The Big Chicken”. It is a Kentucky Fried Chicken store built many years ago. The eyes roll around and the beak opens and closes. Sam’s Club is just down the road from this and to get to the Australian Bakery Café we turn right at this corner. It can be seen for some distance.
at 8/31/2004 12:02:00 pm No comments:

In a society in which getting out of the car is a peculiar thing, everything is designed around an average of greater than 1 car per person. (This is the current statistic for the US)
A fast food restaurant chain called Sonic has drive in service where you park your car in the bay and they come out and serve you in the vehicle.
All banks have drive through ATMs and some even have drive through teller service. Any letter/mail boxes are accessible from the driver’s window.

After a very enjoyable stay of three and a half months, Lana’s parents left for home (via Holland and Singapore). They arrived on May 17 and were there for the birth of Rose, Dad helped the boys make some fine swords and shields, Mum did lots of cross stitching and quilting with Lana, they explored in many directions using our place as a base, joined us for our Douglas, Georgia, trip, Dad built some great head boards for the beds (called bed heads in Australia) and Dad even assisted us by changing the spark plus on B2.

After having two extra people sharing our house it was very odd when they left. During our nightly prayers we stopped and counted. Yep. We were all there but it just seemed less than it should be. There were only eight of us.

Places visited with Lana’s parents:
Dad and Mum also went on a number of trips on their own using B1 as a travel vehicle, including along the Blue Ridge Parkway as far as Virginia, then across through Chattanooga to Alabama and various forays checking out local parks. Overall the visit was superb. We are really pleased that they were able to visit, and be with us when Rose arrived in the world. 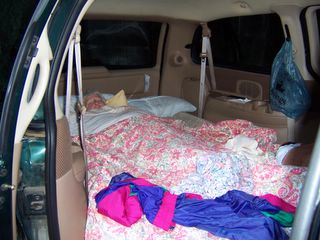 The need to play

Wherever we go, one of the top things to find is a playground. The adults get to sit down and the children get to run around and use some of their energy and have some fun. In Douglas, Peter had a great time on the monkey bars. Back and forth and back again. And again.
Unfortunately, he did it so much he mentioned his hands were sore. The heat of the day, and the hot bars and the constant activity had given him large blisters across his fingers and palms.
Lana ran his hands under cold water and told Peter he wouldn’t be able to go on the monkey bars now. He couldn’t even straighten his hands yet he questioned Lana, “But why? It’s fun. I want to do some more!” 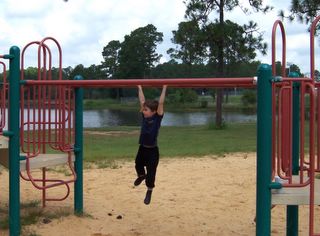 David had business in Southern Georgia about six hours drive away, not far from Douglas. Lana decided the initial installation and training would be a good excuse for a family visit and tour. David would work and Lana, her parents and the children would get to look around.

Douglas is a typical Southern town with a majority of people that have always been local. In contrast Blairsville has a great many residents that came from other parts of the US. The local visitor information center was very excited to have Australians visit. She gave all the children rulers, pens and other samples, offered a free tour and was extremely helpful. “I don’t know if the others on the tour care about having some Australians on the tour, but I do!” The lady in charge of the evening shift, Alison, was ringing around for good deals for families. The staff at Hampton Inn were very accommodating, even defending the noise of the children running along the hallway from the pool, “like a herd of elephants”. The other guests understood that “they’re young children that are settling down soon”. That was OK. The guest feared they might have unruly teenagers. Younger children were given a lot more leeway.

There was one big black guy who heard Ariel, James and Clare talking in the lift (elevator) and asked Ariel, “Where are you from?”. “Australia”. “Can you talk like that guy from the outback?” Ariel replied, “No. But my dad can.”
A little while later, he saw David standing behind Ariel and Eric and asked, “Is this your dad?”. David replied (in a good Aussie accent), “Yeah. How are you?” He thought it was great and they did some high fives. A little while later they chatted some more, and David was able to do some Steve Irwin impressions, which seemed to make the guy’s day.

During a visit to “Coffee State Park” in Douglas, there were a couple of ladies fishing. Peter went over and starting talking to them whilst Lana and her parents were getting lunch ready. Next thing Lana knew, there he was with a fishing rod in his hand! So much for homeschooling children having poor socialization! 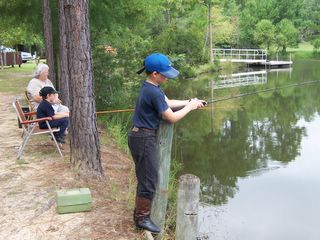 They also went to Okefenokee swamp. One fellow was surprised that Lana and the children didn’t see an alligator and he mentioned the alligators normally gather near boardwalk. Lana replied that we have five children that want to run along the boardwalk. The noise of the children obviously kept the critters at bay.
at 8/17/2004 01:16:00 pm No comments: