We have solved the mystery! A recent statistic revealed that car ownership in the US is currently GREATER than 1 per person of driving age. We now know why. Most places have at least two cars, so that when one breaks down, the other can be used. In order to comply with local conditions, we also have two cars. We have named them B1 and B2 (bomb one and bomb two). Despite the disparaging naming, both cars are mostly reliable. One doesn’t always go into gear in cold weather, and the other tends to pop and shudder whilst driving and overheats in slow peak hour traffic in hot weather. So when one is less reliable, we can use the other.
Also, guns are much more prevalent than in Australia. At Walmart, you can go to the gun counter and buy a rifle or pistol, ammunition and whatever else you need. This is quite a surprise for an Australian where guns are rarely seen at all. So, to comply with local conditions, we have purchased a “Red Ryder Model 1938 BB air rifle.” The BB stands for Ball Bearings. You fill the ammunition area with up to 650 ball bearings, cock the gun by pulling the trigger guard and off you go. The gun was in the general area of Walmart for $25 and 6000 BBs were $5. In this way the children are learning about gun safety with a less powerful gun. This gun will NOT help when the Rattlesnake returns other than perhaps irritate it.
So, we now have the spare cars and a gun. When necessary, David can put on a pretty authentic Southern accent in order to be understood occasionally, so we are getting localized. 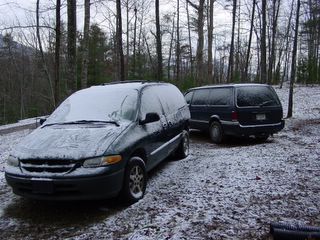